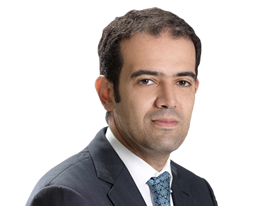 Zouhir Regragui is a Board Member of GAC and Chief Financial Officer of EGA.

Mr Regragui was an Associate Partner at McKinsey & Company, where he worked extensively with both DUBAL and EMAL on a range of topics including strategy, organisation and operations. Prior to joining McKinsey & Company, he was a consultant with Mercer Investment Consulting.

Mr Regragui holds a degree in economics from the London School of Economics and Political Science, an MBA from INSEAD and a Master’s degree in Public Administration from Harvard University.